The London Borough of Croydon covers an area of 33.6 square miles and is the largest London borough in terms of population with an estimate of 376.000 inhabitants. It is classified as on Outer London area and is the southernmost borough of the English capital. It is comprised of a total of 33 districts, including the town of Croydon which is the principal area of the borough. 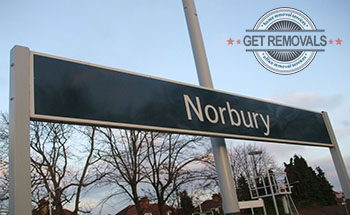 The district of Norbury doesn’t lie entirely into the borough as a portion of it is situated into the neighbouring Borough of Sutton. The area is home to St. Oswald’s Parish Church which is one of Croydon’s highly distinguishable religious edifices. Norbury shares common boundaries with the district of Thornton Heath.

Upper Norwood is another Croydon districts that isn’t located fully within the boundaries of the borough. Some parts of the districts are part of the Boroughs of Bromley, Southwark and Lambeth. It is one of Croydon’s most desirable residential areas and a testament to this is the fact that throughout the years numerous notable people such as French novelist Émile Zola, botanist Marie Stopes, cricketer Walter Franklin, architect Sir John Ninian Comper and many more have lived in the area. 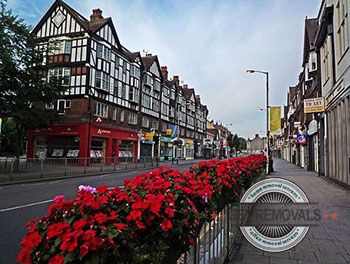 The area of Purley is home to some of the finest educational institutions of the borough. The John Fisher School is perhaps the most reputed school within Croydon. It was founded in 1929 and is a boys’ only school. Amongst its most notable alumni are Bill Nighy, Tony Purnell, Martyn Rooney, Zane Scotland, Walter D`Hondt, Professor Sir David Lane and numerous more. At the moment the school has a total of 1031 students from the ages of 11 to 18. The remaining prolific preparatory, primary and secondary schools of Purley are:

The district of Coulsdon is one of Croydon’s most popular districts with a population of approximately 26.000 residents. The area is also home to numerous prominent local landmarks including several religious buildings and open spaces. Rickman Hill Park is arguably the most noted open space within the borough as it is the highest public park in London, at a height of 155 metres above sea level. 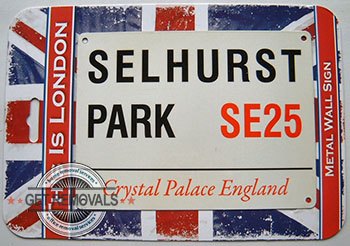 Selhurst is a suburban district that lies in the northern parts of the borough. It is the location of the world famous BRIT School for Performing Arts and Technology. The facility was established in 1990 and since then it has managed to become one of the finest art schools not only in the United Kingdom but in the world. Currently it has a student body of 1200 pupils from the ages of 14 to 19. The suburb is also home to Selhurst Park the home ground of the professional football club of Crystal Palace which currently plays in the Premier League.

Addington is an area that lies in the southeastern parts of Croydon. The district is home to Addington Palace which is one of the most recognisable structures of the borough. The mansion dates back to the 18th century and sits on the same site were once stood the original 16th century mansion house known as Addington Place. Today it houses the Royal School of Church Music and is often used as a venue for different social events including weddings. The district is also the location of the highly reputed church of St. Mary’s which dates back to 1080 and is one of the oldest still functioning churches in the city.

Woodside is recognised as a residential district and is served by its own Woodside Tram Station which was opened in 2000. The station serves the Route 1, Route 2 and Route 4 lines of the tramlink and provides transportation services to approximately 500.000 passengers on a yearly basis. The presence of the station has made Woodside the perfect residential area for all commuters that work in the other areas of the city but live in the Borough of Croydon. 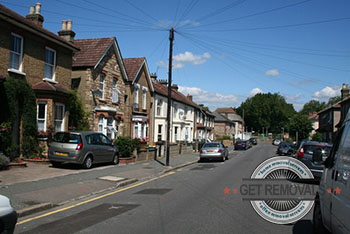 The neighbourhood of Waddon is situated in the southwestern parts of the borough in close proximity to the town of Croydon. The Aerodome Hotel is beyond any doubt the most popular edifice of the district. The hotel is often used as a base by tourists who come to London to visit the renowned Croydon Airport which lies nearby the area. Waddon is also the home of the highly successful Croydon Pirates which are one of the finest baseball teams in the United Kingdom.

The district of Kenley is one of the southernmost areas of the borough and has a population of about 14.000 people. Large portions of the suburb lie within the Metropolitan Green Belt which makes the districts one of the greenest in Croydon. The Kenley Aerodome is certainly the most reputed landmark of the area. The airport was active from 1917 to 1959 and played an important role during both World Wars.

Selsdon is another well-known district within the borough of Croydon as it is the location of the famed Selsdon Park Hotel which in 1970 was the venue for the meeting of the infamous Conservative Shadow Cabinet. The area is known throughout the English capital for its numerous Art Deco houses which date back to the 1920s and 1930s. Selsdon is neighboured by the district of South Croydon which presently has a population of over 15.000 people. The area is home to the 46 South End which is the oldest surviving shop in the borough. The edifice dates back to the 16th century and still has its original timber framing and front. The current tenants of the edifice opened their music shop in 1987.

Forestdale is another well-known residential area within the Borough of Croydon. The district is home to several top notch golf courses and parks. Often described as a calm and quiet neighbourhood, Forestdale is mostly inhabited by families with children.

Other prominent districts in the Borough of Croydon