West London understandably is the westernmost sub region of Greater London. It’s considered to be an upper mid class area with relatively strong and blossoming economy mainly due to the fact that London Heathrow Airport is located there. It is a major employer and affects the area in a favorable way. The university of West London adds to this as there are over 47 000 students that have chosen this educational institution. The boroughs of West London are as follow: 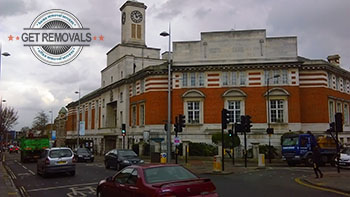 Ealing is a major district of West London and the full name is London Borough of Ealing. The distance to the City of London is about 12 miles and the town is considered to be one of the larger centres that you’ll see on the London plan.

Most boroughs’ roots across the UK can be traced back to age of the Roman Empire but Ealing’s history goes deeper. There has been evidence that people have inhabited the area more than 7 000 years ago. And yes, after that the Romans settled in. The first churches were erected in the 12th century. You probably saw that coming but until the age of the Industrial revolution Ealing was known as a market and rural area. After the introduction of the railway system it flourished and the expansion began. A few villages and nearby towns were added to the community and thus Ealing grew significantly.

Ealing’s parks are widely used for a number of festivals that the town hosts annually such as Beer festival, Clues Festival, Comedy festival, Opera in the Park and more.

Hillingdon is situated right on the edge of Greater London. This suburban borough is almost out of the capital area but it just makes it. Hillingdon was pronounced a civil parish in 1866 having been an ancient parish before. The significant increase in population here didn’t happen in the age of the Industrial revolution but during the third decade of the 20th century instead. The most notable facility is the church of St. John the Baptist which was built in the 17th century. It was later extended but had to also be repaired after the bombings during World War II.

The Courthouse is also worth mentioning in the same sentence as the church above. Initially there were two buildings but during the early 20th century they were demolished and new constructions were made on the property. Even though it is a suburban area there are two lines of the London underground transportation that service the borough. 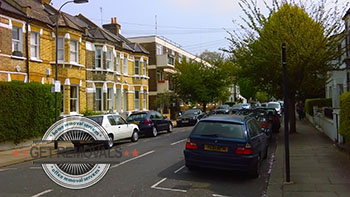 is a town in the joint London Borough of Hammersmith and Fulham. It’s situated just outside of the City of London and the area benefits greatly because of that. It’s a significant employment centre and this allows its economy to be in good shape. Bear in mind, though, that the prices of real estate are a little higher than the average ones for West London. There’s a significant Polish minority inhabiting the area.

Many churches were built during the 17th century and nowadays some of them have been turned into museums. There are a number of factories such as the Osram lamp plant that provide the population with decent employment opportunities. Riverside Studios used to be a place for BBC’s TV productions but now is simply a cinema with a bar and café. 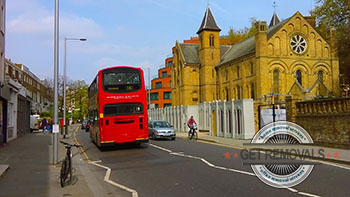 Similar to Hammersmith Fulham is also very close to “the City” but that derives from the fact that the two districts share the same borough. Even though Fulham is probably best known for its football team that was part of the English Premier League for years, there is more to the town than sports. A fun fact is that the name originates from dice being thrown where a high fulham stands for 4, 5 or 6 being thrown and low fulham shows a cast of 1, 2 or 3.

Fulham has had many transformations throughout the centuries. Initially it was a rural muddy area that was often flooded by the River Thames. During the 18th century it was a centre for leisure and illegal gaming where wealthy Londoners would spend lavishly.  Homes in the SW6 area are among the most expensive ones in London and therefore in the UK nowadays. Fulham appears in a number of movies and is mentioned in numerous pop songs.

Harrow is again a borough located right at the edge of greater London but a little bit to the north-west side. It was formed in 1934 when three urban districts merged together.

It is a colourful district in terms of ethnical picture. It’s a very diverse area that has about 70% BME communities. (BME stands for Black and Minority Ethnic). One of the largest groups consists of Indian Ethnicity. This contributes greatly to the variety in arts and foods that Harrow has to offer.

Below we’ll mention a few of the more notable districts in West London which are worth checking out if you’re in town.

Greenford is a suburb in Ealing with alluring green areas and a landmark hilly spot called Horsenden Hill. The William Perkin’s dye factory is a magnet for workers in that branch and provides employment for locals.

Ruislip is a town in the London Borough of Hillingdon. It remained a rural area pretty much all the way till the beginning of the 20th century when the first railway there station was built. There are a number of sports clubs playing in a variety of disciplines but none of them are found among the pros.

Kenton is split between the Boroughs of Harrow and Brent. The town appeared in the comedy series “Fawlty Towers” in which John Cleese starred.

Harrow-on-the-hill is an area in Harrow known for its wealthy inhabitants. That explains the small number of households.  This region has been the field of many battles throughout the middle ages.

Hampton Hill is part of the Borough of Richmond. Most of the district is plain and that allows for growing crops and gardening. High Street is the place to walk around if you are looking for restaurants bakeries and cafes.