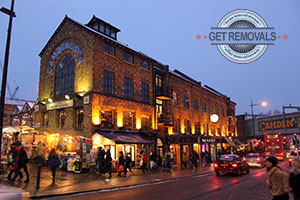 The truth is that Camden is simply great. There is hardly a thing one cannot love in it. Located in the NW1 and NW5 postcode districts the borough that bears the same name, the town of Camden is populated by over 28 000 people of different backgrounds and nationalities. It is definitely one of the most colorful and vibrant districts in London at the present moment.

Many people dream of living here for another reason. Camden simply has a great location. It is in West London, but practically it is quite near Westminster and Inner London as a whole. Going to work in the City from here would be as hassle-free a process as it can get.

There is much more however:

There are much more great things about Camden that deserve to be mentioned. Unfortunately, a complete list of them would take up a book-length text. But there is one really great way to see why Camden is so great – go there. Visit the place, or directly move in here next time you have a home removal on your to-do list. You will find who to help you instantly, because many removal companies service the area. But what is more important – you are guaranteed to like it there.