Have you ever thought about how theatres have their sets transported? It must not be an easy ordeal, that’s for sure. Some plays don’t take place at one place only but they tour instead. This means that actors along with producers and the whole entourage moves from city to a city giving a performance every other night. 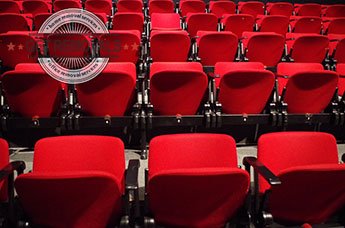 That’s great, but we should think about the costumes and the props that go together with a play. Surely if you present a play only at one place it will be a lot more easier on the people responsible for all this but that’s rarely the case. Maybe a few vans are needed every now and then or perhaps a removals company does it for them. Large theatres on the other hand have their own means of transportation perhaps and utilise it.

That doesn’t change the fact that for some plays it must be a pain for the props to be moved. There are some parts of the scenography that are heavy and pretty big. Even if they get taken apart they still take up a lot of space. Take for example these big Broadway musicals. People want to see them outside of New York and many times we are talking about visiting another country which is overseas. Now other large theatres in Paris or London perhaps have their own props that are just the same or similar to the original ones along with costumes so that nothing gets transported by there’s a slim chance for that to occur every time. So you will need a bunch of specialised workers who will take apart all the props and carry them carefully to vans and trucks. This needs to be carefully planned and executed as if something gets forgotten or sent to another place, the whole show might suffer and end even have a night postponed.

Along with that we should also try to think about storage. Not only that things are transported often from theatre to theatre but they also need to be stored somewhere. Yes, we all know that most facilities have large storehouses but we also know that shows increase in number yearly. Do you think they throw away costumes and props? Perhaps not as many goods can be repurposed and used again as something else. But it is also true that new shows require new clothes and they need to be put somewhere. At least one theatre must run out of space at some point. There’s also another great challenge for these buildings. And that’s making sure no fire occurs ever. There have been documented cases in history where just one small spark can evapourate the whole storehouse of a theatre along with the props and costumes. These places are generally dry and dusty and because of the size of the premises it is impossible to monitor it properly. Many times things are piled on top of one another and are rarely checked. Attention and care are crucial here.