Today we will allow you to discover the finest amusement parks on the European continent. 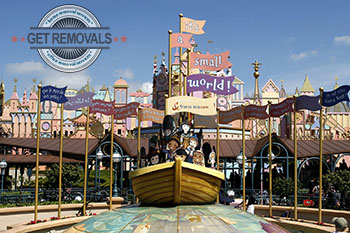 Disneyland Paris – This amusement park is one of the best in Europe and the world. It has opened in 1992 and covers an area of 4.800 acres. It comprises of two themed parks Walt Disney Studio Park and Disneyland Paris. In addition the park has several hotels, a golf course, a shopping area and a dining and entertainment complex. The main feature of the venue is the Castle of Sleeping Beauty.

Tivoli Gardens – Shortly known as Tivoli, this amusement park is Denmark’s finest. It was established in 1843 and is the second oldest still functioning theme park in the world. It is also the second most visited seasonal amusement park on the planet with over four million visitors per year. It covers an area of 82.717 square metres and has a total of 27 rides, including four roller coasters.

PortAventura – Spain’s most famous amusement park and resort is located in Salou in close proximity to the city of Barcelona. It is the country’s most visited theme park with approximately four million visitors per year. The venue is also the location of the renowned Costa Caribe Aquatic Park. PortAventura was opened in 1995 and will expand in the upcoming year as a second park Ferrari Land will be opened for the public.

Europa-Park – Europa-Park is the largest theme park in Germany and the second most visited amusement park on the continent after the aforementioned Disneyland Park. It was founded in 1975 and is opened to the public from April until early January. The park covers an area of 230 acres and has numerous rides including twelve roller coasters and ten water attractions.

Parc Astérix – This amusement park is situated in northern France in close proximity to the French capital, Paris and is decided to the adventures of Astérix and his friends. It was opened in 1989 and consists of 35 rides, including four water attractions and six roller coasters.