There comes time in life when you just have to move out of the place where you currently live in and find a new one. The reasons for home removals might be plenty and this is not the place to enumerate them. There is however the possibility that you might face a rather harsh choice – whether you should buy a new home, or go for the renting options.

When you need to make that decision everyone is going to give you different advice. Some people are all for owning your home, even if that means re-paying hundreds of thousands of pounds for the rest of your life. Others believe in the good that the freedom of living in a rented accommodation has to give you. But when a true expert in the field of home owning and improvement like Kevin McCloud tells you that in the current state in the United Kingdom it is much wiser to rent instead of buy, this should be some kind of a sign for you. 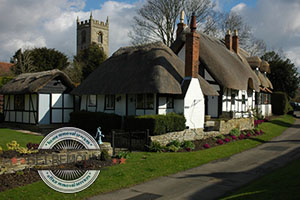 Kevin McCloud (born 1959) is a writer, TV presenter and designer, who is best known for his work for the show Grand Designs, which has been running on Channel 4 since 1999. If there is an authority on interior design and home improvement in Britain, it would be mister McCloud, who among other things was made Member of the Most Excellent Order of the British Empire for his services in the field.

It was quite recently when Kevin McCloud advised Britons to give up on their dreams of owning their house or an apartment. It is not because such a thing is a mission impossible – it is just not so wise to do it considering both the state of the economy and the country’s policies towards homeowners.

McCloud pointed out a number of reasons: