Ford Transit is one of the most popular and successful light commercial vehicles to have come out of Europe in the last half a century. With over seven million vehicles sold across the entire range of models, the Transit has proven to be a trustworthy commercial workhorse and the backbone of many businesses across Europe and the rest of the world.

The Ford Transit came to existence in the now distant nineteen fifty three. The vehicle’s manufacturer is Ford of Europe AG – the European subsidiary of Ford Motor Company, the Euro division of the American company was founded in nineteen sixty seven, and has its headquarters in Cologne, Germany.

Ford Transit was first introduced in nineteen fifty three in (West) Germany – a few years before the official establishment of Ford of Europe AG. The vehicle was a domestic project called Ford Cologne FK1000 (FK stands for Ford Koln, the number indicating the payload capacity of the vehicle).  The first Transits used in-line, four cylinder engines borrowed from its contemporary cousin – Ford Taunus. A couple of years after the official release of the Transit, its engine capacity got boosted from one point three litre to one point five litre, and its commercial name was changed to Ford Taunus Transit. The first Ford Transit vehicles, which were not manufactured on a large/global scale were discontinued from production in nineteen sixty five. The model retired with notable first-time success in terms of sales and performance. 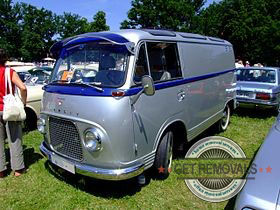 Pictured: Ford Taunus Transit
The first generation of mass produced Ford Transits (not to be confused with the first ever Transits explained in the paragraph above) came in nineteen sixty five. In the UK, first generation Ford Transits became known as the Transit Mark1 (Mk1). The Transit’s predecessor was the Ford Thames 400E. First generation Transits were a solely British concept and design, engineered and produced at the former military aircraft factory of Langley in Berkshire, England. Soon after, it turned out the Langley plant couldn’t keep up with demand for the vehicle and Transit production had to be relocated to the much larger Ford facility in Southampton where the vehicle was produced all the way up to twenty thirteen. For a brief period of time, Transits were assembled in Belgium and The Netherlands, however sales figures were good but insufficient to keep the plant open and the Dutch facility was closed down in the early nineteen eighties. 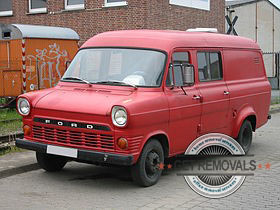 The Ford Transit was a landslide success because although made in Europe for Europe, the vehicle had distinctive American engineering and design. The Transit moved away from the traditional commercial van concept of Europe and introduced many US innovations and solutions. In result, the Transit had a much higher carrying capacity and gripped the road better than its rivals due to stronger, larger suspension, undercarriage elements etc. The Transit’s distinctive exterior design and stance on the road were also inspired from the other side of the Atlantic.  Without getting into too much historic tech-spec regarding the vehicle’s engine and performance, it will suffice to say that Transit Mk1 made use of a range of petrol (and later on diesel) engines ranging from one point four litre to three litre, V6 engines. Many of these engines were the result of engineering combinations between the German-built motors and UK-built motors fitted on respective Transits.

In nineteen seventy eight, it was time for Transit Mk2 to hit the road. The facelifted version had new interior features, new exterior design – specifically the front. Although Mk2 had sufficiently powerful engines and companies were interested in running Mk2’s in their fleets, some batches of vehicles experienced premature camshaft wear. This was the result of using an adapted engine from another Ford vehicle. Mk2 Transits produced in later years saw the introduction of the first diesel (non-turbo) engines which were then fitted on many vehicles across the Transit range. The most powerful Mk2 Transits were used by the Australian medical emergency services, having been fitted with four point one litre V6 engines. 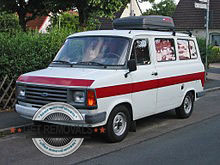 The Mark2 Transit was the first generation of the van to give owners choice of six different body styles and two wheelbases. The Transit (either long or short wheelbase) came in Van, Kombi, Chassis Cab, Parcel Van, Crewbus and Bus. The introduction of the Mk2 diesel versions also gave owners a wider choice of engines capacities.

In the cold winter of nineteen eighty six, Ford of Europe AG revealed the all new Ford Transit Mark3. The new vehicle used what’s known as a one-box-design, in other words windshield and bonnet of the vehicle were at the same level. This new design concept made the Transit quite pleasant to the eye and the van really stood out from the crowd. The engine range of the Mark 3 Transit was largely the same as the one of the previous generation. However, there were two new high performance powertrains offered for the new model. In early nineteen ninety two, Ford did a subtle facelift for the Mk3, though there were notable advancements under the skin so to say. Better engineering, suspension and undercarriage components made the Transit more powerful and stronger – it could haul heavier loads yet the vehicle still used a two real wheel setup instead of four (like other light commercial vehicles). Interestingly enough, Transit Mk3 did not reach Australian markets until nineteen ninety four – after a fourteen year absence on that market. 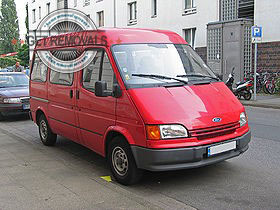 Transit Mark4 was released in the year two thousand, the all-new van made use of revolutionary ‘new edge’ design concepts developed and adopted by Ford. Mark4 Transit was an EU-US vehicle concept and could be ordered as either front wheel driver or rear wheel drive. The most popular engine for the Mark4 was the Duratorq Turbo Diesel – excellent for heavy loads and fuel economy. The other popular engine (mainly sold in the US) was the two point three litre L – featuring sixteen valves. The Mark4 Transit could also be ordered with an automatic gearbox called Durashift ELT (for RWD versions). Ford Transit Mark4 was awarded International Van of the Year 2001 almost instantly. The vehicle was in production until two thousand six. During its lifespan, the Mark4 saw a number of facelifts and improvements, notably in two thousand three and two thousand four. From two thousand six to two thousand twelve, Ford manufactured a Transit Mark4 facelift model featuring new front and rear design, and new set of more powerful and economical engines. 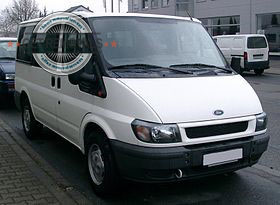 The fifth generation of Ford Transit (Mark5) was revealed in early twenty thirteen in the US. Featuring a very twenty-first century design, the vehicle can be ordered as Mid-size Front Wheel Drive, Full-size Rear Wheel Drive, as well as a number of other configurations. Mark5 also makes use of the most powerful engine to date (optional) – the 320 horsepower Ford Ecoboost, V6. 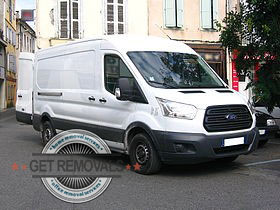 On eighteenth of July, two thousand five, the five millionth Transit rolled off the line in Southampton, UK. As the vehicle had very special value it was company branded and given to charity. Ford Transit is the bestselling commercial vehicle in Europe for the last forty years. The word ‘Transit’ has become a synonym, and a household name referring to any light commercial vehicle on the road.