It is believed that having a 9 to 5 job is one of the worst way to live your life. People believe it wears you down, makes you feel old and simply…. . Furthermore the monotonous dailiy routine is just boring and can drive you crazy. And the worst part is you‘ll never make enough money to be happy. It just doesn‘t happen – nobody has gotten rich by working like that. But there are others among us that make plenty of money in very short time – athletes. 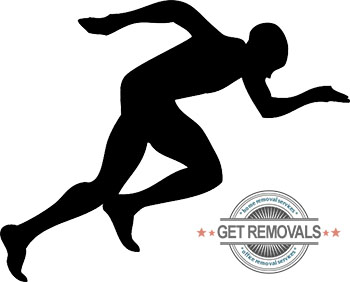 It‘s one of the larger discussions in our society. Are athletes getting paid too much? Well this question is tough to answer straight away. We have to address the fact that from a very young age these people have focused on becoming as good as possible in the sport of their choice and have also dedicated their time to keeping their bodies in a constantly good shape. Most of them usually give up good education early on and rely on sports in order to make a living. Now this is risky though. Career spans of professional athletes are usually relatively small in comparison to other occupations such as removal workers for example. An athlete would probably be able to play for about 15 to 20 years IF they manage to stay injury free. A removals guy can keep his job for more than 30 years, transporting and delivering goods to people‘s houses on a daily basis. But even though being a mover might sound like a low-stress job where you get to meet nice people and help them, you probably will not earn enough to call yourself a millionaire. Now during the digital age commercials are everywhere, good athletes and their success is easily seen too. The regular viewer wants to see eye-popping plays, new records being set and unbelievable results night in and night out. How is this achieved? Take one basketball player for example. In order for them to be considered good they need to score more than 20 points per game and maybe have a shooting percentage of about 50%. Kobe Bryant once said that he shoots 2000 shots every day during the summer in order to achieve these numbers. Players also need to hit the weight room daily. With more and more money coming in professional athletes need to practice even harder to get it. If you don‘t win, you don‘t get any bonuses, no endorsements and your next contract won‘t probably be as juicy as you think. Imagine you have 3.1 seconds to inbound the ball and shoot it at a hoop that has a diameter of 40cm from about 8 meters of a distance with a 206cm tall defender in your face. Well Kevin Durant is one of those players that constantly makes that shot. His latest contract was worth 6 years/$122 million. James Harden signed a 10 year deal with Adidas worth the astonishing $200 million. All he has to do is wear their product (gee, awful) and they even provide him with it for free. Other sports are no different. In order for Michael Phelps to achieve new records at each Olympics topping his own previous results, he not only swims like crazy all day long but is also on a staggering 10 000 callories/day diet.

These people push themselves to the limits and because it all happens before our very eyes, sponsors want to make money out of it. With all the TV rights, commercials etc. professional sports bring a lot of money to those who are good at it. Why don‘t you try playing?