Britain has always been into sports and a testament to this is the fact that the UK has produced some of the world’s greatest athletes. Even more, the United Kingdom is the place of origin to some of the world’s most famous and practiced sports. Here is a list with the most popular sports in the Britain. 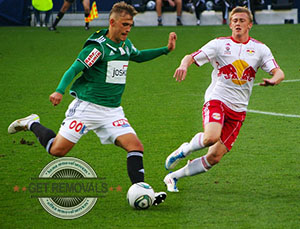 Football – The fact that football is the most liked sport in the United Kingdom shouldn’t come as a surprise to you. To begin with, football is the most popular game in the world and the fact that it was invented in Britain makes the sport’s pole position even more logical. Today the English Premier League is considered to be the most watched and followed professional football championship in the world. So, if you are into this sport and you have recently moved to London via professional removal services, know that you will have plenty of opportunities to watch live games of your favorite sport, as the English capital is home to some of the most celebrated football clubs on the planet.

Cricket – Now this may come as a surprise to you, but everybody who has a little knowledge of sports knows that cricket is a national game in the United Kingdom. So once again, the sport’s position is perfectly understandable. The game of cricket was invented during the 18th century and it quickly grew in popularity. Today cricket is played in numerous countries throughout the world and is the most famous sport in India and Pakistan. At the moment there are a total of 20 professional cricket clubs in the UK.

Rugby – This is another sport that originated from Britain. It is also one in which the British are extremely dominant. At first rugby was played only by the elite class but it grew in popularity and today is played all over the country and is promoted by the government of the United Kingdom. Just like with football, the UK is home to some of the world’s most well-known rugby clubs. So, if you are liked playing or watching rugby matched you will be able to do so once your removal in London is over.

Badminton – Many of you would have expected tennis to be the next entry in our list but the truth is that badminton is much more popular in the United Kingdom than tennis. The Badminton Association is one of the oldest sport associations in the country as it was established in 1893. Today the association is known as Badminton England and is one of the reasons why the sport has become well-liked throughout the world. The British are also one of the founding members of the International Badminton Federation.

Tennis – The first tennis club in the UK was founded in 1877 and since then the sport has literally become one of the country’s most beloved games. Today the world’s most prestigious tennis tournament, the Wimbledon Championship is held in the United Kingdom. Also some of the world’s most successful tennis players such as Andy Murray, Fred Perry, Tim Henman and many more originate from Britain.