There are numerous famous edifices throughout the world. Some of these structures have been under construction for decades and even centuries while others were built in a record time. In today’s article we will turn your attention towards some of the most prominent buildings on the planet that have been constructed extremely rapidly. 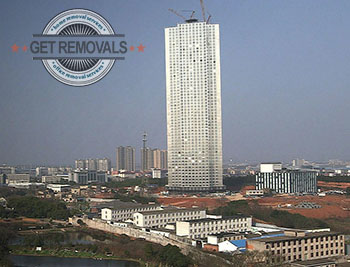 Mini Sky City: Located in Changsha, China, this 57 storey edifice was built for a total of 19 days. The 1.200 builders that were involved in the construction of the building managed to build three floors per day. The structure houses 800 flats and has a working space for approximately 4.000 people. The company that built the building is planning to build an even bigger edifice, which will be called Sky City and will count 202 floors. The construction of the structure is planned to take no more than 90 days.

INSTACON: Situated in the Indian city of Mohali, INSTACON is a ten storey tall building which was built in exactly 48 hours. The edifice covers an area of 25.000 square metres and is known to be the fastest constructed building in history. The builders manage to meet their two day deadline by working round the clock. Today INSTACON is one of India’s most renowned and visited landmarks.

Archiblox: This, 53 square metres eco-friendly house is located in the Melbourne, Australia and was built for a staggering 12 weeks. The structure comprises of a living room, bedroom, kitchen, bathroom, dining room, sun room and laundry area and is known throughout the world for its minimal consumption of energy.

Homeshell: The first Homeshell was built in the capital of England, London. Just like the aforementioned Archiblox, this edifice is an eco-friendly house that has a total of three floors. The structure was designed by Richard Rogers and can be built for less than 24 hours. The Homeshell is also known for its low construction cost and low living costs (90% reduction of utility bills). So, if you are moving to London via removal services, make sure that you visit this amazing piece of architecture once your relocation is over. Don’t be hesitant into hiring a removal company as nowadays most moving contractors work with cost effective prices.

Ark Hotel: This is another rapidly built building that is located in the Chinese city of Changsha. The hotel is 15 floors tall and was entirely constructed in exactly 48 hours. This was made possible due to the fact that all the elements of the edifice were pre-fabricated. Once the elements were ready the construction company has to assembly them on site.

The Habitat for Humanity House: This three bedroom house was constructed in 2002 in Montevallo, Alabama, USA. It was built for a world record time of 3 hours, 26 minutes and 34 seconds. The builders that worked on the construction of the house planned all stages of the project to the smallest details and conducted several rehearsals before starting the actual building of the edifice.