A city the size of London is likely to experience certain issues brought by large population numbers concentrated within a relatively limited space. One of these issues has been sewage – until the eighteen sixties, when London’s population wasn’t as large, the city’s main sewer was the Thames River. At the time, this wasn’t viewed as an ecological problem but eventually the sewage dumped in the river, in combination with industrial waste also making its way downstream, turned the Thames into what ecologists in the nineteen fifties called an ‘ecologically dead body of water’. Numerous measures have been taken since and many initiatives undertaken in order to restore at least’s some of the river’s flora and fauna, but progress has been somewhat slow to come. The city’s population has been growing steadily for many decades now and the need for better, higher capacity sewage systems has become more apparent. In result city authorities are now proposing the construction of a so called super-sewer running the length of the city from east to west. The sewer will be a massive pipe, running seventy five metres below ground level. If completed, the sewer will exceed the capacity of the English Channel tunnel under the Atlantic. 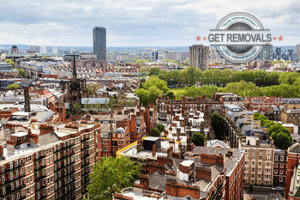 Population of the British capital has seen notable increases in the last fifteen or so years. Although a certain percentage of people have moved away from London, their numbers are exceeded by those of newcomers. An average of two hundred and twenty thousand people a year, have moved to London in the period twenty ten – twenty fourteen. This is good news for property removals companies which will be seeing a lot of business – house removals is big business in London and the local service providers specialise in covering all stages of residential or commercial relocations. For the last few years, house prices in London have been at least fifty percent higher in price than homes sold throughout the rest of the country. A year and a half ago, the average price of a house in London stood at five hundred and ten thousand pounds. The UK average at the time was ‘merely’ two hundred and fifty thousand pounds.

Housing is in short supply in the British capital, and in result about two hundred and twenty five thousand households (7.1%) in London live in overcrowded homes. The national average of this index is three times less. In the last few years, London has also seen a rapid hike of average rent asked for new social housing tenancy. Year and a half ago, the exact amount was hundred and five pounds. The housing shortage in the city can be easily put in perspective by reviewing and comparing the number of new households and the number of available/existing homes – there are five hundred and forty thousand new households, with only four hundred and thirty homes available.