Traditionally, Thames’ north bank has been the better side of London to live in – at least according to most native Londoners. There used to be many advantages of living on the north side of the river, take for instance the number of tube stations – there are merely thirty stations on the south side, compared to over two hundred underground stations on the northern side. When discussing the number of tube stations, it is geology and terrain that determined the number of train stops on both sides of the river. In the north, underground engineers had much easier time in digging and connecting all the tunnels of the tube because of the solid clay foundation under the northern part of the city. On the south side, the ground is wet, soft and contains much more gravel. From a construction engineering point of view – the north part was easier, cheaper and less dangerous to construct and put in operation.

Another reason for the uneven dispersion of tube stations around the city is actually the engineering companies which built them. In the nineteen twenties and nineteen thirties, when most of the capital’s underground railways were constructed, the builders were all private companies without any funding by the government. Because of this they were looking to maximise profits by construction rail lines and stations in areas of London where such service was still un-catered for. At the time South London was making use of a fair bit of overground transport such as surface railways and tram lines – this wasn’t the case in North London where there was hardly any public transport available. 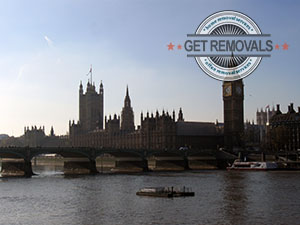 The status quo so to say remained the same until the early nineteen fifties. At that time city authorities decided to discontinue tram lines and trolleybus lines, giving them both a well-deserved place in history. Discontinuing overground public transport was a problem for South London as it relied heavily on trams and trolleybuses (there weren’t many tube stations). All of a sudden travelling to Central London from South London became quite a problem. Commuters from South London had to catch British Rail train (intercity train) to tube stations in London, from where they took the tube to their respective destinations.

The situation didn’t change for a number of decades and most south side Londoners thought it was destined to be. However, the last twenty years have seen many changes in socioeconomic scene of South London, and in public transport too. South London residents are not high income earners who are able and willing to pay anything from five hundred thousand to fifty million pounds for a pristine riverside residence or condo. Thames’ south bank is now an up class stretch of exceptional contemporary and traditional architecture stretching from Wandsworth to Woolwich. The London Overground network is also another major change on the south side of the river. The new public transport network connects areas far south, to areas far in the north in a matter of minutes – literally.