Yes, you have heard right. Post Office Money Car Insurance conveyed a survey recently that turned out some rather surprising results. 2 004 adults aged 18 and above several questions concerning the research on popularity of road maps etc, including in which country is Big Ben located. Needless to say, the people who did the survey were rather surprised to learn that 340 of the participants in the quiz (which makes up for nearly 18 percent of the total number of people asked) either checked the “I don’t know” option or simply gave a wrong answer. 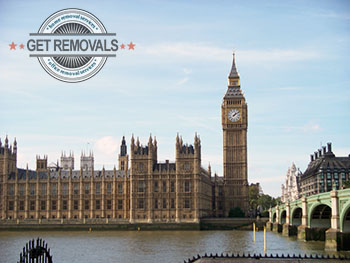 Now, it is quite normal that young people do not use and have never used road maps in their entire life – which was another of the findings of the survey. After all, modern technology provides far more reliable and easy to use alternatives, including GPS coordination which now we can use directly from our smart-phones. But not knowing where one of our country’s best known and celebrated landmarks is located is another thing altogether. It would probably be good if we reevaluate a lot of things in order to find the reason for such ignorance. Or alternatively pray that the people who gave the wrong answer were simply pranksters.

It is not necessary to be an experts working in a professional removals company in London in order to know where the key areas of the capital are located. Most of our city’s landmarks have a long and pretty interesting history that is worth exploring. It is a great way to entertain yourself while enriching your mind at the same time. And it becomes less likely to embarrass yourself during such surveys.

The Big Ben for example is located in Westminster, at the north end of the Palace of Westminster. It is a tower clock. As much as that you should already know. But did you know that its construction was finished in  1859. It was constructed as the part of the new design of the Palace of Westminster, done by Charles Barry – the previous palace was largely burned to the ground due to the great fire of 1834. There are several theories about the nickname of the clock. As you may remember, it was named Elizabeth Tower in 2012 as part of the celebrations of the Diamond Jubilee of the Queen. Before that it was officially called The Clock Tower and St. Stephan’s Tower, but you will rarely meet a person who either knows or uses those names. Big Ben is how it is known around the world. The designation was first used to describe the Great Bell of the clock tower, but soon it became synonymous to the whole structure – the bell, the clock and the tower itself. According to some, the name Big Ben comes from Sir Benjamin Hall, a Welsh civil engineer and politician, who oversaw the installation of the Great Bell. Others attribute the name to  English Heavyweight Boxing Champion Benjamin Caunt, who was at the dawn of his fame during the construction of the tower.