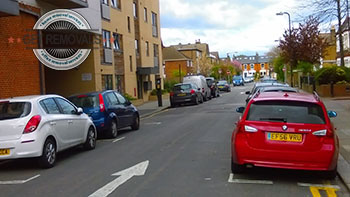 There is a popular misconception that South London is not as good a place of residence as North London. When planning home removals in the near future, do not fall prey to that mistake. South London might have been behind the North for some time, but the past several decades of rapid development that has been demonstrated by the whole Greater London area changed the situation. Here we will argue the reasons why in many cases South London today is not if better, at least equally good to the North in all relevant respects.

Why you should consider moving to South London

One reason South London is a great place to be can be related to the gentrification and the urban and suburban expansion of the capital in the latter half of the 20th century as well as what we have lived of the 21st century. For the better part of London’s history the territories to the south of the Thames lacked infrastructure. They were primarily rural in character and in the best case scenario the aristocrats chose to built villas and pleasure houses here. Today this is no longer the case. If you are looking for a quiet comfortable suburb that will provide you with the comfort and peace that the central parts of the city cannot, then you will definitely be able to find it in South London.

Another point that you would like to consider is the fact that you no longer need to live near the City in order to be part of the thriving economic life of the capital. Even though Central London is still the commercial leader, there are many other business and shopping centres that have developed in South London in the past several decades. Croydon is a fine example of that, and a great place to do business in.

The transport is another major reason why South London has often been considered to be of a lesser quality than the North. When the Tube began to operate in the capital in the second half of the 19th century, it was limited to North London. The railway network as a whole was not so well developed here either. It was only logical, bearing in mind the rural character of the area, but today all parts of South London are well serviced both the Overground and the Underground, not to mention the buses, trams and major roads that go through here. All in all, problems with moving around South London and accessing the City are more or less a thing of the past today.

South London is the place to be

Considering all factors, South London possesses all the qualities that one might want from the place that they live in:

The claim that North London is better than the south in all respects has become obsolete, nothing more than a mere prejudice which will disappear soon for sure.