London is beyond any doubt the most visited city of the United Kingdom. However London isn’t the only place in Britain that has something to offer to its visitors and this is why we have decided to draft a small list of amazing British towns that are worth a visit and that are not named London. 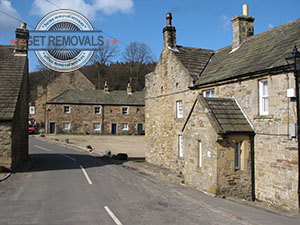 Blanchland – Located in Northumberland, Blanchland lies in the middle of the hilltops of the North Pennines. The village dates back to the 12th century and was formed from the ruins of Blanchland Abbey. It has a population of only 140 residents and is described by many travelers as one of the calmest and most picturesque places in the United Kingdom.

Conwy – this is a Welsh town that is located on the northern coast of Wales. The main local landmark is Conwy Castle, which was built during the late years of the 13th century and is considered by many to be the most beautiful British medieval castle. Conwy is also famous for being the location of the smallest house in the United Kingdom. The house is a 13th century abode and is so small that it is registered into the Guinness Book of World Records.

Cushendun – Situated on a raised beach on the northern cost of North Ireland, Cushendun is a fishing town that is famous throughout the world for its harbor. The town lies in close proximity to Scotland (approximately 15 miles across the North Channel) and has an estimate population of 138. The popularity of the local harbor is due to the fact that from the 1600s to the 1840s it had a ferry service that connected Cushendun to Scotland and vice versa.

Castle Combe – Located in the Cotswold Hill, Castle Combe is a British village that dates back to the 14th century. It was first conquered by the Romans and later was conquered by the Normans who built the local castle. Today the castle lies in ruins but still managed to attract both local and foreign visitors on a regular basis. The Castle Combe Manor House which is another local landmark has featured in the original 1966 movie Dr. Doolittle. The village is also often used as the set for various cinematic productions the most noted of which are War Horse, Stardust and The Wolfman.

Grantchester – The village of Grantchester is situated in close proximity to the city of Cambridge. The village also lies near the banks of the River Cam and has a population of about 540 people. The Grantchester Meadows are beyond any doubt the most notorious landmarks of the village. The village is also known for its annual Beer Festival which is held on Boxing Day.

As you can see Britain has many places which are worth a visit. So as soon as your removal to is done, don’t hesitant to go on a road trip with your family and visit one or all of these amazing places. Don’t worry that removal services may be too expensive for you because nowadays most companies work with cost effective prices.

Once you are done visiting the aforementioned locations, you should consider seeing the Scottish village of Portree.