Britain has numerous renowned inventors that have driven the world forward with their thought and innovations. Here is a short list of some of the most prominent of them. 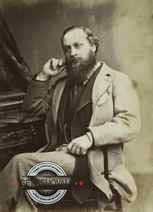 Henry Maudsley – he is considered to be the father of the machine tool technology. His precision machine allowed the quick and efficient mass production of screws and other instruments. Maudsley also invented the bramah lock, hydraulic press and several marine engines during his lifetime.

Sir Christopher Sydney Cockerell – Cockerell is an English engineer who is best known for the invention of the hovercraft – a transportation vehicle that can travel across wetlands and swamps and that can be used for both civilian and military purposes. However hovercrafts aren’t as used as other transportation means (automobiles, trains, ships and planes) as they consume high amounts of fuel which isn’t economically effective.

John Logie Baird – perhaps Britain’s most celebrated inventor. Born in Helensburgh, Scotland, Baird is known to be the creator of the world’s first mechanical television. He is also the inventor of the purely electronic colour television picture tube and the colour television system. Baird is known to be one of the greatest technical minds of the 20th century and is often described as the greatest Scottish scientist to have ever lived.

Sir Frank Whittle – an English Royal Air Force engineer and officer. He is credited for the invention of the turbojet engine. Many recognise Whittle as the man who single-handedly changed air travel as his invention made transatlantic flight possible.

Sir Rowland Hill – is known as the father of modern postal service. He reformed the British posts and is often credited as the inventor of the postage stamp. Once his reforms were complete, the number of letters that were being sent rocketed from 76 million per decade to 400 million per decade.

Richard Trevithick – invented the world’s first high-pressure steam engine and steam locomotive. In 1804 his locomotive was unveiled to the world by pulling a train composition of five wagons which had 70 passengers and were loaded with approximately ten tons of iron.

Sir Robert Watson-Watt – was the man responsible for the invention of the RDF (Range and Direction Finding) which today is known as radar. Watson-Watt has hired by the government to build a ‘death ray’ that could be used against the Nazi forces that bombarded the United Kingdom. He quickly showed to his superiors that their demands were absurd and managed to convince them that radio waves could be used to detect enemy aircrafts that are in the British airspace. The reason why his invention is known as radar is that the U.S decided to change the devices name to “radio detection and ranging” which was later shortened as radar.

You can learn more about these inventions and other inventors by visiting one of the numerous London based museums once your removal to the city is over. Note that you can accelerate the execution of your removal by using professional services.