Australia and the UK share the same language, some of their history and drive on the same side of the road, but are residential properties in both countries the same, or not?

In both UK and Australia, how much one pays for a house will depend on the same factors like size, location and type of property. At the moment, the average price of a home in the UK is £188 446. The average house price in London though is £525 000 – which is quite a dramatic difference. In Australia, a house in Hobart will set you back an average of $320 000 (£163K), a home in Sydney however would cost an average of $725 000 (£369K). As the difference in figures in UK and AU is substantial, it is best to view these prices as how much you get for your money.

Size wise, Australia has the largest residential properties in the world. The Australian Bureau of Statistics, conducted a research in twenty eleven, showing that Aussie homes average at 215 square metres of floor space. This is fifteen square metres more than homes in the US (being second largest in the world, on average) and three times larger than the average British home. Open plan living is a standard throughout Australia which may seem like you are getting a fair bit of house for your money.

The build of homes in UK and Australia is also different. UK homes are considerably sturdier as they lay on stone foundations, have thick walls and are generally made to last hundreds of years. This applies to all cottages, terraces and other period homes seen in the UK. The saying ‘investing in brick and mortar’ has a somewhat different meaning for Australia. Traditional homes in Australia are not flimsy but definitely not as heavy duty as their UK counterparts. Of course there are brick houses all over the place, but there are also beach houses and the typical ‘Queenslander’ weatherboard home, propped on stills as to avoid flooding – seen in the country and more rural areas. 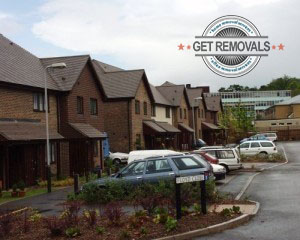 Australia is known for its outdoor way of life, which is also one of the main reasons why Brits feel so attracted to it. Having said this, do you get more or less outdoor space with your home in Australia, than in Britain? Well, for starters it must be said that in both UK and Australia, people are paying more money for smaller plots of land. The Urban Development Institute of Australia has put out figures showing that in the last ten years, blocks of land in AU’s five largest cities, have gone down in size by 10% and up in price by 78%. If looking to buy land in Australia, you better hurry because at the moment, new homebuyers are paying a whopping 148% price increase as compared to ten or so years prior.

So, which country has the better homes? The answer is – depends on what you are looking for. Sturdy but small and cosy – UK, spacious, modern and bright – Australia.