Sadly there are numerous amazing buildings and structures throughout the world that have been started but are left unfinished for one of many reasons. This is why we have decided to turn attention to some of these unfinished projects and present them to you. 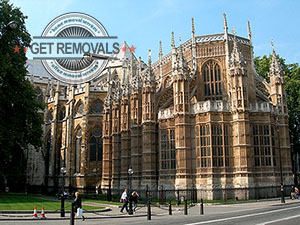 Everybody has heard of the magnificent Westminster Abbey. Sadly very few people know anything about Westminster Cathedral which is situated in close proximity to the abbey. The cathedral is the mother church of the Catholic Church in England and Wales. The construction of the cathedral began in 1895 and ended in 1903. The church was consecrated in 1910. And while the edifice is complete the interior of the cathedral is almost untouched. The interior of the building has naked walls which are being slowly decorated to this day. The reason why the Westminster Cathedral was never completely finished is that the project was simply too expensive and has been postponed into time. Nobody knows when exactly the cathedral will be completely done, but it is still an amazing London landmark that you should visit one your removal project is successfully completed. Know that you can drastically ease your relocation by using professional removal services.

The literal translation of this structure’s name is “German Stadium”. The construction of the stadium began in 1937 and was supposed to end in 1943, a deadline which the Germans never met because of the events of World War II. The stadium was to have a capacity for 400.000 people and was one of the many buildings which Adolf Hitler wanted to build throughout Germany. Upon completion the stadium would have had Roman-style arena architecture and was going to be used to host the Aryan Games amongst other nefarious purposes. Today only the remains (several crumbling pillars and walls) can be seen at the site.

The cathedral is located in Manhattan, New York and is one of the largest Christian churches on the North American continent and the world. Despite being one of New York’s most famous buildings, the cathedral still hasn’t received the status of a landmark as it isn’t finished. The construction of the Cathedral of Saint John the Divine commenced in 1892 and is going on to this day. There are many reasons (financing issues, change in architectural style, engineering problems, fire and etc) why the cathedral hasn’t been finished until now.

The Flag Building also known as the Super Power Building and is the largest edifice in Clearwater, Florida. The building was supposed to be the main building of the Church of Scientology. The construction of the edifice began in 1999 and after several interruptions and millions of dollars it was finally opened to the public in late 2013, despite the fact that the interior of the building isn’t still finished. The Super Power Building is currently the subject of numerous controversy and lawsuits by current or former members of the Church of Scientology.