As the British capital is becoming more expensive by the year, it appears that a demographic shift is in progress – there is a steady outflow of young people away from the city in favour of other spots around England and the rest of the United Kingdom. Cities, like any other ‘living organism’ change, but the changes don’t seem to be favourable for twenty and thirty year olds who seem to be pressed out not by the pace of change in London, but by its kind. In recent years, it is observed that young, single people who don’t have top paying jobs are simply moving away from the capital as prospects there aren’t what they once were. 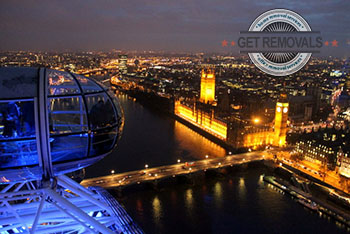 UK’s Office of National Statistics has been following this demographic trend closely since twenty eleven. In that time, house prices in London has sky rocketed, even in not so desirable districts of the city. More so, private landlords have stepped up to buy off a large portion of former council dwellings and are not charging much higher rents than ever before. The housing shortage is not restricted to London only though, over the last few years data shows that British people everywhere are running out of steam to ensure proper accommodation for themselves and their loved ones. The growing number of property removals to less favourable regions and zones of large cities is another indicator.

In the late eighties and early nineties, the housing problem for young people and upcoming professionals was basically insignificant as even low paid people could easily find decent housing in decent areas, whether that be London or elsewhere. Nowadays, with the lack of council housing or cheap private accommodation, younger individuals are simply being priced out. As mentioned above, people are moving to less desirable areas of London in an attempt to cut living costs which are anyway spiralling out of control. This however is a problem as undesirable places are becoming less such, thus more expensive, plus commuting to and from these places takes longer and is more expensive, making the whole thing even more unfeasible.

Many people seem to be making the shift up north for good. A decent number of young professionals, including well educated ones like teachers, are simply saying – living in London is no longer worth it. For instance, a double room in a shared house in London will cost the couple nearly twelve hundred pounds a month. For that much money, a couple can rent a three bedroom, detached house with garden in Manchester. The writing is on the wall so to speak. The situation in Bristol is quite the same – young professionals are able to rent a proper sized flat, with own parking and garden for the same as what would be paid for a shoebox sized room in London, in a house shared with at least two other individuals. The displacement of young people, and others for that matter is likely to hollow out central districts of London and alter the face of the city indefinitely.