The Tube is the preferred means of transportation of millions of people in London every day. Its complex system consists of 270 connected by railway tracks running for more than 400 kilometers. The London Underground is definitely one of the most complex tube systems in the world, and it is vital for the way of life in the capital at the current moment. But how did this vital feature of our city come to be?

The idea for a railway network servicing London, running through specially made tunnels under the ground dates back to the 1830s when the first proposals for the project were put forward. But it was not until two decades later when the real work commenced. The permission, granted in 1854, enabled Metropolitan Railway to open the first part of the route, between Paddington and Farringdon in 1863. The opening day was a huge deal. According to the statistics that are available, 38 000 people used the Tube this day, and they actually had to borrow carriages from other lines over the ground in order to meet the demand. Steam locomotives were used in order to move the carriages. 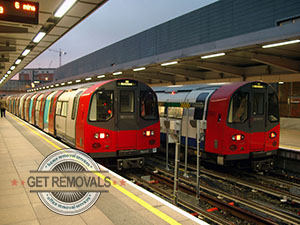 Five years later, in 1868, South Kensington was connected to Westminster, and later on the network expanded even further creating the Circle line – the first complete line of the London Underground in 1884. From then on it was all decided – year after year new stations and lines were opened. Electrification came with the beginning of the 20th century, new types of trains were specially developed that would better run in the tunnels and the Underground was becoming more and more popular with the general population of the city, because it offered easier access to every part of the capital. One could travel from one end of London to another quicker and cheaper than ever. Imagine how wondrous the whole deal should have looked like to the common citizen.

The Underground, to a large extend, is responsible for the increased suburban expansion of the capital throughout the whole 20th century. Namely the fact that every spot here was accessible through the tunnels of the underground drove many people away from the central parts of the capital in a search of quieter and more comfortable neighborhoods. So it was not unusual for people to carry out home removals from the City to the most remote corners of the metropolis – that was not a problem anymore. The commuters’ settlements were established and the modern day character of the London decided. That’s all because of the trains.

The evolution of the London Underground is a constant process which continues up to this day. Nearly a billion and a half train rides are recorded in the Underground every year, which is a significant number no matter how you look at it. It will continue to develop even further that is for sure. After all, no one can imagine London without the Tube anymore, right? It will live as long as London lives too.