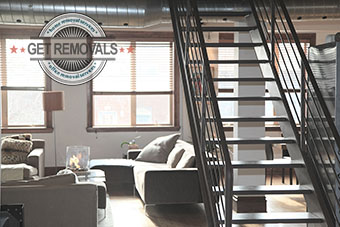 The Guardian has recently reported an interesting development on London’s property trade market. According to statistics that have been released by the trustworthy housing industry research company Moiler London, flats on the territory of the capital that fall in the price range between 650 000 and a million GBP have sold in much higher numbers than those properties that cost less – at least in the past year or so.

The study was conducted among the 600 top property developers in London and the results clearly show that the richest among house hunters amount to the largest portion of the market. This happens at a time that more and more young people complain about not being able to afford buying a home.

As many as 5300 apartments that come between a thousand and a 1500 GBP per square meter were expected to be sold in the past year, and the quote was fully met. This price range is the equivalent of a two bedroom flat in the capital. John Healey, the shadow housing minister was quoted saying: “For young people and families on ordinary incomes, these figures will make infuriating reading. To afford a £1m apartment, buyers could need an annual income of £200,000 – it’s simply out of sight for most people. The wider truth is that in many areas of the country, house prices have become completely detached from local incomes.”

On the other hand however, the same stats show a considerable increase in the selling of homes of a lower price range as well. In some areas of the country they reach the astonishing 54 percent! Let’s not forget that it was last year when Prime Minister David Cameron proposed a scheme according to which first-time property buyers aged under 40 are going to receive a 20 percent discount for properties valued no more than 450 000 GBP in London and 250 000 in other parts of the country. The new policy is to be aimed primarily, in the words of Cameron himself, to “young people in their 20s and 30s still living with their parents, desperately saving for their own place. The couple who want a child but can’t afford to upsize – even though they have both got have full-on, full-time jobs.”

In any case, the information, as it is presented, means that the property market is slowly but surely awaking after the stagnation that was brought by the financial crisis in the past decade. This might be good news to professional removals companies  – in London and in the country as a whole, but the new trends are somewhat worrying for ordinary people who dream about having a home of their own – but still being unable to afford one due to the clear detachment shown by the dynamics of the market from the realities of the common man’s incomes. We are only left hoping that things are going to normalize in the years to come, and living in a home that one owns would become more affordable soon.