Britain isn’t home only to amazing castles, glorious cathedrals and world famous landmarks. The United Kingdom is also the location of some of Europe’s most interesting and well-known natural wonders. Here are several that you should absolutely visit during your lifetime. 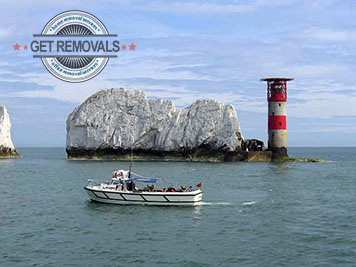 The Needles – Situated on the western coast of the Isle of Wight, the Needles is a row of jagged chalk rocks which were once part of the headland. They were separated from the island due to erosion and today are the location of the Needles Lighthouse which stands at the outer end of the formation. The guiding structure was built in 1859 and was man operated until the mid-1990s when it was fully automated. The Needles are one of Britain’s most visited natural landmarks and tend to attract both local and foreign travelers on a regular basis.

Cheddar Gorge – This limestone gorge is the biggest in the United Kingdom and is located in the Mendip Hill in close proximity to the village of Cheddar in Somerset. It is millions of years old and has splendid caves and ravines which are worth your time. Cheddar Gorge is also the location where the remains of the Cheddar Man (Britain’s oldest complete set of human remains) were found. According to recent statistics the gorge is visited by an estimate of 500.000 people on an annual basis and you should definitely be one of them once your relocation is over. Know that you can ease and speed up your move by using professional removal services.

Jurassic Coast – Recognised by UNESCO as a World Heritage Site, the Jurassic Coast lies in the counties of Devon and Dorset. It spans from approximately 95 miles and its cliffs are credited as a geological time capsule as they showcase the evolution of land during the Triassic, Jurassic and Cretaceous periods. The Durdle Door is beyond any doubt the most impressive rock formation of the coast. The limestone arch is one of Europe’s most well-known and visited natural marvels.

Giant’s Causeway – The Giant’s Causeway has been a UNESCO World Heritage Site since 1986 and is one of Northern Ireland’s most popular landmarks. It lies at the base of basalt cliffs along the Antrim coast and is made of approximately 40.000 densely packed black basalt columns which come out of the sea. The columns are so well shaped that it is hard to believe that they have not been created by human hand. The Giant’s Cause is a truly amazing site and you can use it as an excuse to visit Northern Ireland as a reward for your successful relocation project which you have conducted via licensed London removal contractors.

Trotternish Peninsula – The northernmost peninsula of the Isle of Skye in Scotland is one of Britain’s most spectacular geological sites. It is home to two renowned natural landmarks: