London has a worthy spot in world history, culture as well as pop culture and the arts. The city is also one of the most ethnically diverse and multicultural metropolises in the entire world, making it a real melting pot of culture and religion. London’s economy is one of the strongest in the world, and niches and industries in the city are well presented and developed. One such industry is professional property removals – London based house and office removal companies are amongst the most reliable and experienced out there. Whether you have small scale or elaborate service requirements, local removals specialists have you covered.

As mentioned the city is one of the cultural hubs of the world. Including the largest and most renowned – British Museum, where the Rosetta Stone is kept, London is home to a total of hundred and seventy other museums. Currently, three of the world’s top ten museums and galleries are situated in London. The city is home to eight hundred and fifty seven galleries. 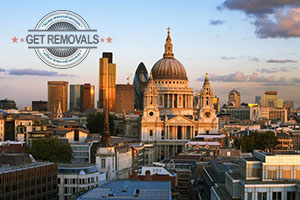 Cultural and artistic events in London are aplenty. Each year, the city hosts more than thirty two thousand music performances – that makes an average of six hundred and seventy one events every week, with seventeen percent of them free entry. London is also a prime filming location for some of the most popular films in recent and not so recent years. East London in particular is the preferred area of the city where directors make movie magic happen.

Bricklane Market in Spitalfields is one of the most ethnically diverse areas of London, the district is home to large Bangladeshi community and recognised for its exceptional South Asian cuisine choices. The specific name of the market is derived from its strong industrial past during which it was one of the key locations for making of bricks, roof tiles and other ceramic items needed for construction. Brickmaking was a traditional local occupation since the fifteen hundreds. One of the biggest calendar events in Bricklane is the Bengali New Year – Baishaki Mela. The New Year bash in Bricklane is the biggest Bengali celebration outside Bangladesh.

London is also a fashion capital to a large extent. Eighty five of the all fashion designers in the UK are based in London, together they make up a large portion of the country’s twenty one billion annual turnover.

Cultural and artistic myths have been a part of the city’s folklore for ages. Like for instance – apparently, the tomb of famous Elizabethan poet Edmund Spenser (in Westminster Abbey) is believed to contain rare, unpublished works by his contemporary the great William Shakespeare. The story goes that Shakespeare threw unpublished work into the grave of his colleague in sign of respect, and then is tomb was sealed.

London’s architecture is specific and unique. Special city managed programs and classifications assign and keep the importance of buildings of this statute. Currently, there are forty thousand grade listed buildings, and hundred and fifty ancient monuments across the city. London has also got four UNESCO world heritage sites.