In part 1 of the series we presented to you four remarkable buildings which weren’t finished to this day. In part 2 we will turn your attention towards several more edifices which despite their magnificence are left incomplete.

Ajuda National Palace is regarded as one of Lisbon’s most famous landmarks. The palace was the official residence of the Portuguese Royal Family and as unbelievable as it sounds is an unfinished structure. The construction of the royal palace began in 1796 and over two centuries later the palace is still uncompleted. Financial problems and a series of wars are main reasons behind the lengthy construction process. Despite these setbacks the work on the palace continued throughout the years but was once again halted in 1910, when the Portuguese Revolution abolished the monarchy. Today the semi-finished palace is one of Portugal’s most visited museums. 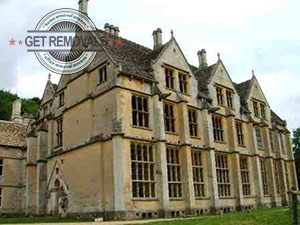 The parliamentarians of New Zealand have been working out of an incomplete building for over 100 years. The plans for the New Zealand Parliament Buildings were drafted and approved in 1911. However the construction of the complex commenced three years later in 1914. The first stage of the construction ended in 1922. The second stage however never started and this is why the complex is listed as an unfinished structure. At the site where the second building was supposed to be was built another edifice to serve the purpose of the Executive Wing. The building is known as the Beehive and was built from 1969 to 1981.

This nuclear power plant is located in Indiana and was suppers to become a fully functioning power-generating cornerstone of the American nuclear power industry. The construction of the plant started in 1977. Seven years later and after an investment of $2.5 billion the company behind the project abandoned it due to financial troubles. The plant is currently the subject of a lengthy demolishment project which aims to free the site for future constructions. So if you wish to visit this site, you should hurry as several years from now the power plant will be gone.