London is a city that is synonymous with music. The capital of England is home to some of the world’s grandest concert venues and hosts some of the planet’s most visited and well-known summer musical festivals.

The Born & Bred is a one-day festival which is dedicated to the UK bass culture. The festival is held in Haggerston Park during the first weekend of June. Some of the most famous musicians to have participated in the Born & Bred festival throughout the years are Wiley Goldie, Zinc, Channel One, Oxide and Neutrino, Digital Mystikz and many, many more.

The first two-day Field Day Festival was held in 2007 in Victoria Park. Since then the festival is being held every year during the first weekend of June. Field Day is considered to be one of London’s finest and most visited musical festivals and a testament to this fact is that artists such as Caribou, Patti Smith, Django Django, Rin the Jewels and Ride have participated in it. So if you have recently moved to London and you are into musical festivals make sure that you attend it. But before you do so, arrange all the details with the removal company that aided you with your relocation.

Bushstock is a one-day mini festival that is generally held during the second Saturday of June. It is held in five different Shepherd’s Bush venues and is one of the city’s most celebrated rock festivals. Artists such as Lucy Rose, Beans on Toast, All We Are, Villagers, Michael Kiwanuka and many, many more are often part of the festival’s panel. 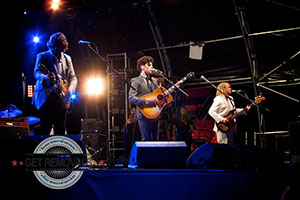 One of the biggest summer festivals in London is the Somerset House Summer Series. It is a ten day event that is held in Somerset House in the district of Aldwych during mid-July. Throughout the years a large number of world famous singers and musicians such as Jessie J, Belle and Sebastian, Kwabs, George Ezra, Passenger and numerous more have been part of the festival’s line up.

Victoria Park is also the venue of the Lovebox Festival. The even it usually held during the third Friday and Saturday of July and is arguably one of the London’s most visited musical festivals by foreigners. Since the foundation of the Lovebox Festival, the event has always had a five star roster that include artists such as Snoop Dogg, Rudimental, Mark Ronson, Cypress Hill, Little Dragon and many, many more. So make sure that you go to this amazing musical event as soon as you removal in London is over. It will allow you to rest and relax in full after the stressful experience through which you have been.

The South West Four Festival is held every year during the last weekend of August. The event if held at Clapham Common and is one of the city’s most reputed music and dance festivals. The event gathers together some of the finest DJs on the planet. During the years renowned DJs such as Fatboy Slim, Skrillex, Basement Jaxx, Hot Since, Dubfire and many more have taken part in the festival.