London’s skyline is set to undergo some major changes as commercial property development and construction around the city is at its highest since two thousand three. The resurgence of commercial property construction will take the shape of a number of new towers planned for the city of London. Looks like commercial removal services providers will be quite busy in the next couple of years. The survey outlining the upcoming developments was conducted by the New London Architecture (NLA) Think Tank.

The expected new developments are not a random occurrence, but the result of a notable trend. Market analysts and industry observers are reporting a steady increase of two percent per month in development of commercial properties in London since February of twenty fourteen. Proposals for nearly two hundred and fifty tall buildings over twenty storeys in height are currently pending approval by city authorities or have already been given the greenlight.

As of April twenty fourteen, NLA has been able to showcase most of the plans and projects, part of London’s growing and expanding skyline. Currently, thirty three buildings of up to fifty storeys have been included in the expansion plans, and twenty buildings over fifty storeys have also been included. A total of twenty percent of all commercial property high-rise projects proposed are currently under constructions – looks like commercial removals companies have their work cut out for them.

A decent portion of the high rise building projects would be residential blocks. Interestingly enough, these residential projects are not situated only in affluent areas of the city, showing the desire to eradicate inequality and pockets of deprivation. London’s East End, particularly Tower Hamlets will be at the receiving end of twenty three percent of the planned commercial property developments. 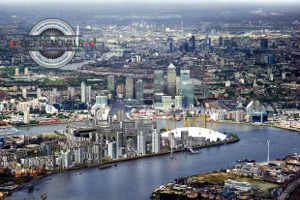 Central and East London will scoop about seventy seven percent of the total planned commercial developments. In actual numbers, eighteen buildings are office developments, eight of them are hotels, thirteen are going to be mixed use, and one is an educational institution. Removal services companies will have to diversify their range quite a bit if they are to cater to such a wide array of clients.

Analysts attribute the recent flurry of activity and the livening up of the construction and property development industry in the city, to the London Crossrail project. Most likely, the Crossrail scheme is stimulating construction and development along its route. Since the first proposal bill of the Crossrail project was reviewed by parliament nine years ago, commercial properties within half a mile of the new railway stations, have increased in value by fifteen percent. Much of the interest toward new commercial property developments in the capital has actually come from overseas investors – good news for international removal services providers, as much work is on the horizon.